We all can make a change by contributing to reduce the amount of waste through reusage, recycling or composting. 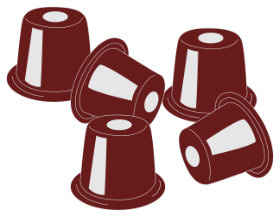 - in Germany around 5.000 metric tons of waste is produced by coffee capsules alone 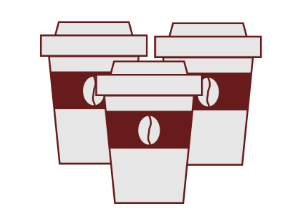 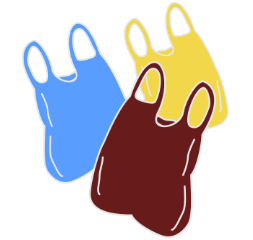 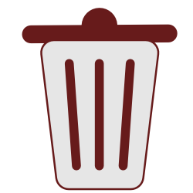 What is the role of packaging?

Of all the waste produced in European countries more than 50 percent comes from packaging.

In Germany every year 200 kilos of packaging waste per person is produced.

46 percent of packaging waste that ends up in our bins at home consists of cardboard and paper followed by plastics (17 percent) and glass (16 percent).

Packaging is not only used to list ingredients or to feature the producer’s logo, but can be useful and also required. It can protect fresh produce from bacteria and helps preserve perishable goods.

Today, food is packed in a way that is permeable to air and light and there are packaging foils that prevent noxious mineral oils from penetrating.

97 percent of packaging waste is utilized, 69 percent of which through recycling. 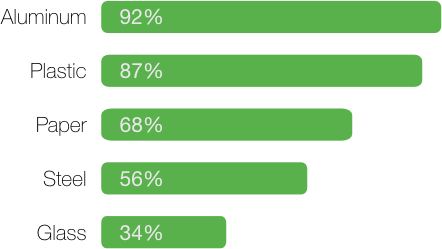 One recycled aluminum can saves as much energy as needed to power a light bulb for 26 hours.

In 1950 the world population was 2.5 billion people, by 2017 it had already increased to 7.6 billion. With the increase of the world population the cities continue to grow. This is a challenge as city dwellers generate from double to four times the amount of waste compared to people living in the country. This due to the fact that there is fewer packaging waste in the country. There are also fewer single person households which generally produce more waste.

The increase in waste production is particularly high in areas with strong economic growth. Therefore, it can be expected that the amount of waste will increase in fast growing regions such as Southeast Asia.

What consequences can we expect?

Due to a lack of infrastructure, products that are no longer needed, in some countries, end up in landfills that pollute the groundwater with seepage and the atmosphere with methane gas.

Sadly too little is recycled worldwide. 79 percent of global plastic waste is disposed in landfills or carelessly dumped in nature.

The environmental cost is high: beaches and oceans are polluted and the waste poses a threat to marine animals and birds which get caught up in it or mistake the waste for food. Which also means that plastic in particular might also end up in our own food.

The best solution for the environment is to produce as little waste as possible. The World Bank, however, expects an increase in solid waste production to more than six million metric tons daily by the year 2025. All the more reason for a more conscientious approach to the products we consume as well as the waste we produce because of them.

How can each of us contribute? Take a look at our tips and help make the world a little cleaner.